Home > Blogs > Can Employees Refuse to Attend the Workplace Due to Their Fear of Catching COVID-19?

Can Employees Refuse to Attend the Workplace Due to Their Fear of Catching COVID-19? 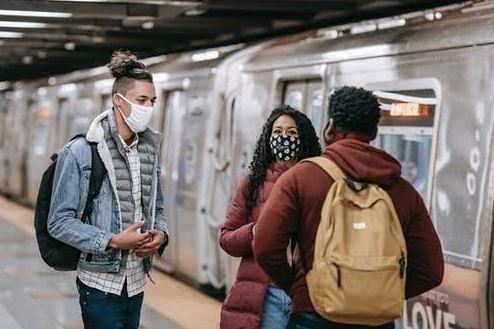 The employment tribunal has ruled in a recent case that the fear of catching Covid is not a philosophical belief for the purposes of the Equality Act 2010 and therefore, is not afforded protection from discrimination.

An employee alleged that she had been discriminated against, when her employer did not pay her after she failed to turn up to work as she feared catching Covid and believed she needed to self-isolate to protect herself and others. The woman’s belief did not only stop her from attending work but also impacted on her decisions to attend other places too.

The employee pursued a claim in the employment tribunal on the grounds that the withholding of her wages was an act of discrimination on the grounds of her belief as she had not received her salary due to her beliefs surrounding Covid.

The Equality Act 2010 protects employees and workers from being discriminated on religious grounds which includes those who hold a philosophical belief. When considering whether a belief is afforded protection from discrimination, the employment tribunal stated that the belief must:

The employment tribunal held that the claimant’s claim failed as criteria two and three above had not been met. The judge held that her fear did not amount to a belief as it was a reaction to a threat to physical harm which was based on the present state of information, and therefore was an opinion. Therefore, the belief was not a philosophical belief and did not receive protection from the Equality Act 2010 and her employer was within their right to deduct her wages for the hours not worked.

The Implications of This Ruling

While this case is subject to appeal, it is a clear indication of how the tribunal will view employees who attempt to use Covid as a reason not to attend the workplace. It is worth noting that at the time the facts of this matter occurred, the governments “work from home” plan had been phased out and the vaccine roll out had only just begun.

However, this case did not consider section 44 and section 100 of the Employment Rights Act 1996 which provides employees with the right to withdraw from and refuse to return to a workplace that is unsafe and for any dismissal based on that reason to be unfair. These were likely not considered by the judge as they were not pleaded by the claimant. Claims under section 44 and 100 would require the claimant to show that the that they believed they were in serious and imminent danger and that their actions were appropriate in the circumstances with the knowledge, facilities and advice available at the time. To defend such a claim, an employer would need to show that the steps the employee took were so negligent that any reasonable employer might have treated the employee in the manner they did.

Therefore, employers should, where possible, include employees in their discussions around the prevention of contracting the virus at work and conduct thorough risk assessments. If an employee raises a safety concern, employers should keep accurate records of their correspondence and any investigation that takes place.

Nevertheless, it is for employers to decide where they would like their employees to work. For example, once the current work from home guidance ends, if an employee refuses to return to the office, they may be in breach of their contract for failing to work at the place of work as per their contract of employment and failing to follow reasonable instructions. So, while the employer may be able to not pay employees for the hours not worked, they may also have the right to commence internal, disciplinary, proceedings.

How We Can Assist

If you have an employee who is raising health and safety concerns and would like to speak to a member of our employment law team, please call 02079036888 or email contact@davenportsolicitors.com

Plan B activated in response to Omicron variant – what does this mean for Employers?

How Much Is The Average Settlement Agreement Pay-Out?