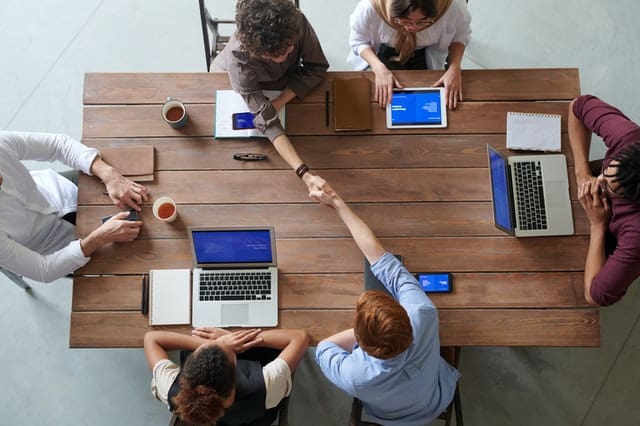 Employment disputes at work arise from time to time.  When an employment dispute first materialises if it is handled quickly, pragmatically and appropriately, often a solution can be found which meets the satisfaction and needs of both the employer and employee.

An employment dispute could arise for several reasons. Employees may have concerns over pay and working conditions, proposals to change duties or the work location, maternity rights, concerns with redundancy, threats of termination of employment or disciplinary action, flexible working requests, changes due to health issues and following bullying, harassment and discrimination. When an employer/employee dispute arises, it is in the best interest of the company and the employee to resolve the dispute as quickly as possible, especially if both parties wish to continue their relationship in the future.

Issues With a Performance Review

If the employee truly thought they were going to receive a raise, promotion, or another accolade for their work; a negative review could lead to a dispute with their direct supervisor.

Conflicts With a Supervisor

If your business operates in the sales industry, your employees likely face conflicts with customers on a daily basis. Some of these conflicts can escalate if the customer feels as though they were defrauded by your employee.

It can be hard for employees to understand that their ideas become the property of the employer, even if it is expressly stated in their employment contract at the time of hire.

Not all of your employees will be able to get along with each other because of differing personalities. When co-workers begin to feud, it can potentially lead to a hostile work environment and a legal issue for your company.

The employment dispute process is governed by three main regulations; the Resolution Act 1998, the Employment Act 2002 and the Dispute Resolution Regulations 2004.

The Employment Rights (Dispute Resolution) Act 1998 (c 8) is a United Kingdom Act of Parliament which regulates UK labour law. The 1998 Act empowered the Advisory, Conciliation and Arbitration Service (ACAS) to create arbitration hearings as an alternative dispute resolution mechanism to the employment tribunals.

The Employment Act 2002 was introduced to encourage more individual employment disputes to be settled within the workplace, without recourse to an employment tribunal. It introduces statutory minimum internal disciplinary and grievance procedures for all organisations that employ staff, and measures to promote their use.

The Dispute Resolution Regulations 2004 require employers to develop and make available to employees minimum statutory procedures for resolving grievances and dealing with allegations of misconduct and poor performance in the workplace. The Regulations can be viewed here.

How to Professionally Resolve Employment Disputes

There are a number of options available to employers and employees for resolving employment disputes and avoiding an employment tribunal, including setting up a settlement agreement, using professional mediators or the use of arbitration services for unfair dismissal and flexible working claims.

Should a tribunal situation occur, employers have a duty to assist the tribunal to achieve its overriding objective of dealing with the case justly and seeking to achieve a resolution of the dispute. They must file a response form within 28 days if they wish to contest employment tribunal proceedings and comply with any order from the tribunal to provide “further or better particulars” or to disclose documents.

Furthermore, employees must adhere to the above and understand that if they enter into a conciliation agreement (arrived at through Acas) or a settlement agreement to settle a dispute with the employer, they will no longer have the right to pursue their complaint through the tribunal system.

A business may face a number of different types of claims for various reasons. No matter what claim you face, informing and instructing us as your employment law solicitor as early as possible will ensure that you are represented in the best possible way.

If you would like to learn more about how Davenport Solicitors can support you if you need to resolve an employment dispute, contact us, email contact@davenportsolicitors.com or give our expert employment tribunal claim lawyers a call on 02079 036888.